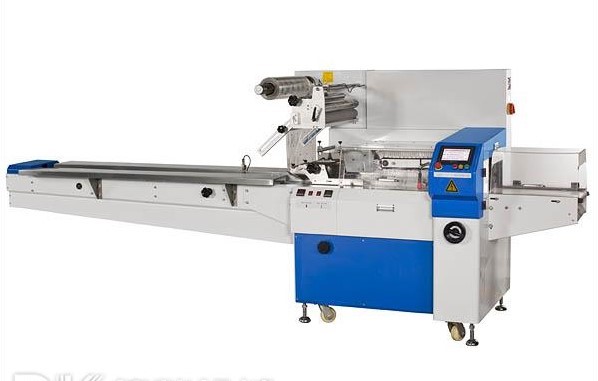 Liri NPT is a sole proprietorship that has been producing sweets and biscuits in the city of Prizren since 1985.

The traditional family business produces more than 121 individual products in the categories Turkish Delight, biscuits, wavers, chocolate, bonbons, Helva, and caramels.  The company certainly kept up with changes and developments over the past 35 years and is already certified for ISO 22000:2005 and HACCP.  Liri products are also exported to North Macedonia, Bosnia and Herzegovina, Germany, Switzerland, Sweden, Italy and the UK.

To ensure its continuous competitiveness in Kosovo and in its international export markets, the company decided to invest in new machinery for some products to improve quality and shapes whilst reducing waste and energy consumption. Additional benefits include improved occupational health and safety as a result of a higher level of automation.

With the help of the Kosovo SME Competitiveness Support Programme, the company invested in eight new production and packaging machines.

Liri received free technical assistance to optimize its investment project and is completing the project implementation. Once the project has been successfully verified the company can expect a 15% cash-back, funded by the European Union.

With the investment, the company now meets a wide variety of European standards, including: 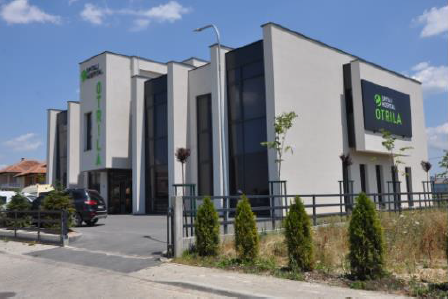 NTSH Otrila is a relatively young business entity, initially operating in the field of otorhinolaryngology as daily hospital. Since 2017, the company services were expanded to orthopedy and radiology, including a laboratory located in a new and modern facility. Today, the Special Hospital for Otorhinolaryngology and Orthopedics “Otrila” successfully covers about 70% of the Kosovo market in field of aesthetic nose operations (Rhinoseptoplastka), with domestic as well as foreign clients trusting the clinic’s their services.

With the help of the Kosovo SME Competitiveness Support Programme, the clinic invested in the purchase of a brand-new tomography scanner system with a computed tomography injection system. Otrila Special Hospital now offers a full range of services to its clients, from the beginning to the end of the surgery, which increases client retention.

This new machine also improves occupational Health and Safety conditions for staff and patients as it enables complete flexibility of the workstation, keeping staff perfectly safe from radiation and enabling them to perform their tasks in a safe and comfortable environment.

NTSH Otrila received free technical assistance to optimize its investment project and a 15% cash-back grant after the successful project verification, funded by the European Union.

With the investment, the company now meets a wide variety of European standards, including:

The European Bank for Reconstruction and Development (http://www.ebrd.com/) (EBRD) is providing a €5
million loan to OTP Bank Albania (https://otpbank.al/en/) to improve the competitiveness of small and
medium-sized enterprises (SMEs) in the country, following the severe impact of the coronavirus pandemic
(https://www.ebrd.com/what-we-do/coronavirus) on the local and regional economy.
The programme is part of a wider EBRD-EU initiative to support SMEs across the Western Balkans.
Enterprises can benefit from loans to invest in the upgrade of production facilities and equipment or to meet
EU standards in product quality, safety and similar areas to become more resilient and competitive in local
and external markets.
In addition, SMEs can receive tailor-made technical assistance to prepare projects, as well as grant
incentives worth up to 15 per cent of the total loan amount on successful completion of projects. Both the
technical assistance and the grants are funded by the European Union (https://www.ebrd.com/who-weare/structure-and-management/shareholders/european-union.html).
Matteo Colangeli, EBRD Associate Director, Head of Albania, said: “We are very pleased to launch the SME
Competitiveness Programme in Albania and to expand our partnership with OTP Bank. Following the
successful roll-out in other countries of the region, we are confident that the programme will also help
Albanian SMEs to introduce EU standards, improving their performance and becoming more competitive,
particularly on export markets”
Luigi Soreca, EU Ambassador to Albania, said: “We welcome the launch of the EBRD-EU Competitiveness
Programme to support SMEs across the Western Balkans. It represents another step forward for Albanian
SMEs in their journey towards a competitive and knowledge-based economy. Technological readiness,
business sophistication and innovation are now important drivers towards higher standards and the EU is
here to help”.
Bledar Shella, Chief Executive Officer of OTP Bank Albania, said: “The support of SME entrepreneurs in our
country has been, is and will continue to be a strategic choice of OTP Bank Albania. When programs, like the
one we are launching today with the support of the EBRD arise as opportunities, our commitment to bring
them to life is maximal. We have always believed that the potential of Albanian entrepreneurship in the
SMEs segment is immense and the opportunity to become competitive in foreign markets is not lacking now.
It is this aspect that aims to enhance and facilitate the Competitiveness Programme among SMEs that was
formalized today”.
To date, the EBRD has invested more than €1.4 billion in 100 projects in Albania. The Bank’s strategy in the
country focuses on governance, private-sector competitiveness, inclusion, energy diversification and lowcarbon transition.

© 2018-2022 European Bank for Reconstruction and Development. All rights reserved